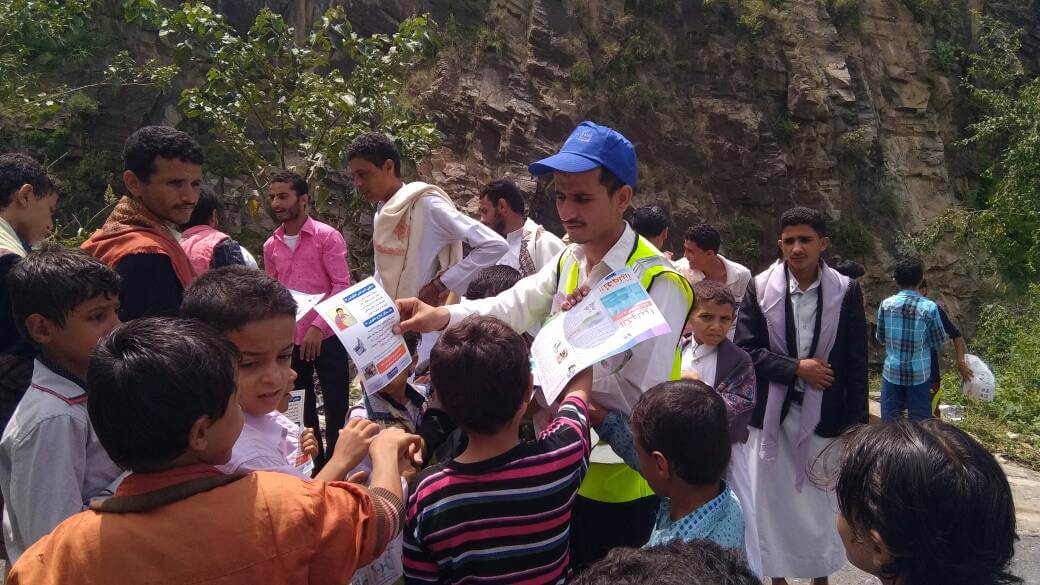 Yemen remains in the grips of a crippling humanitarian crisis. Since the conflict began in 2015, Yemen’s food security has rapidly deteriorated. The conflict has destroyed people’s livelihoods and many Yemenis are unable to meet their minimal food needs.

The UN estimates 17.8 million (6 out of every 10 Yemenis) don’t know where their next meal will come from. Approximately 8.4 million are severely food insecure, facing a heightened risk of starvation – large majority of IDPs and host communities cite food as their top prioritised need.

Civil insecurity, the regional blockage imposed on the nation, and logistical issues (such as fuel shortages and disrupted routes) mean the food and energy security of millions of vulnerable Yemenis is in a dire situation – with a scarcity of essential goods across most of Yemen’s governorates.

The Health System in Yemen has collapsed, leaving 16.4 million people in 215 districts across Yemen in a dire need of assistance to ensure adequate access to healthcare.

This is further complicated by factors such as:

o Low immunization rates
o Lack of space/capacity in the few remaining functional health facilities, limited the ability to prevent and control epidemics and outbreaks
o Unavailability of operational funds, including salaries for doctors and nurses
o A lack of basic medicines, medical supplies and equipment

An Increasing number of districts in Yemen are facing the potential risk of sliding into famine, as a result of this food and fuel insecurity, outbreak of disease, and the collapse of the health system and a lack of basic service provision.

A total of 107 districts 21 (a third of the total) are currently estimated to be at heightened risk of famine. Only an estimated 50 per cent of health facilities are fully functional in the high-risk districts.

The situation is predicted to continue to deteriorate rapidly, with the number of severely food insecure people expected to increase dramatically.

What We’re Doing to Help 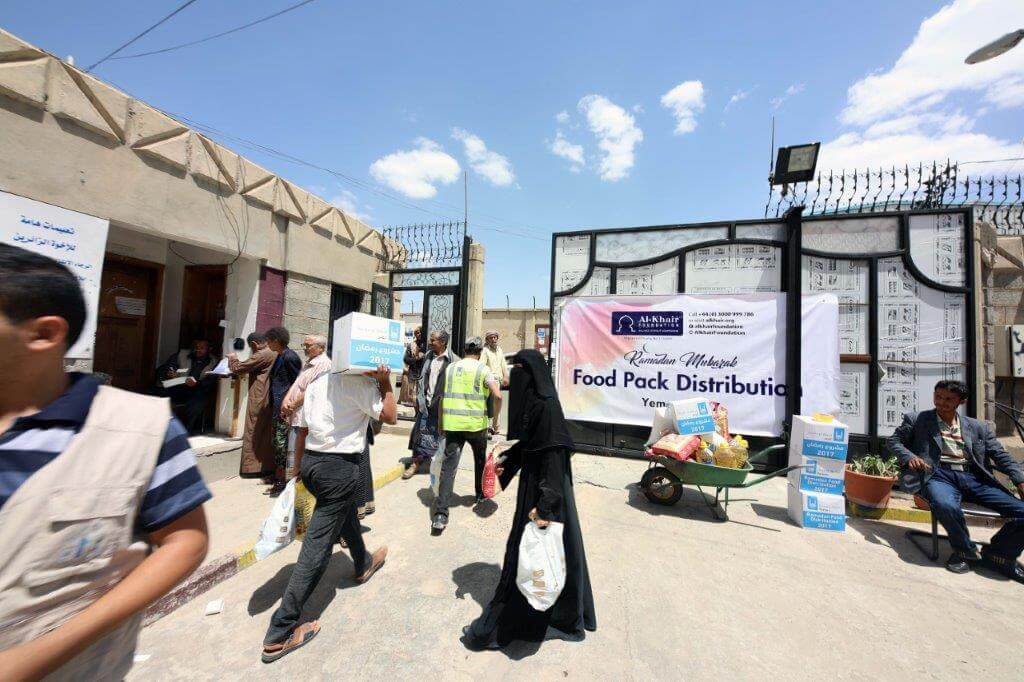 AKF have distributed food packs to 401 Yemeni families – each pack feeding around 8 individuals, for up to a period of one month. Four districts were targeted within Al Hodeidah Governorate, which is one of Yemen’s most affected areas.

In response to the outbreak and unprecedented spread of Cholera, AKF partnered with the Humanitarian Forum Yemen (HFY) to implement a multi-faceted cholera response in Raymah and Dhamar governorates, two of the most affected areas.

o The distribution of vital medicines to local health facilities for the treatment of Cholera
o Preventative initiatives: Educational health awareness campaigns (on WASH techniques and disease avoidance strategies) to help reduce instances of infection
o Safe chlorination campaign of local water springs and wells, as well as medical facilities – to help ensure the local communities water supply is safe for use
o Over 12,000 individuals benefited – with 500 cases of cholera treated.

As the situation in Yemen continues to deteriorate, AKF is planning to implement further interventions in the near future, particularly in the areas of food security and Diphtheria – with nearly 800 individuals receiving food packs and 50 people set to be treated for diptheria in the coming weeks. Diphtheria is a contagious and potentially fatal disease, which primarily infects the throat and airways – its outbreak is only expected to worsen.

Through our food, health and water programmes in the country, your donations help us to ensure the people of Yemen are not forgotten in their hour of need.