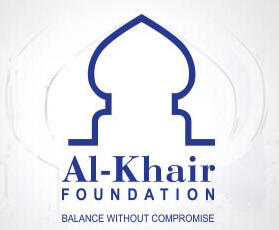 Allah says in the Qur’an

“Never will we be struck except by what Allah has decreed for us; He is our protector. And upon Allah let the believers rely.”

On the 10th of December 2020, The Times newspaper and MailOnline carried an article in which, the Honourable Notis Mitarachi (Greek Minister for Migration) at a press conference on 06/12/2020, implicated Al-Khair Foundation in alleged migrant trafficking with the tragic loss of 34 lives.

Following our legal action against The Times, and presentation of evidence to them, the newspaper accepted without reservation that the allegations were false and that the article in question should not have been published.

As a result of this – The Times agreed to the following,

■ Publication on Fri 02 April 2021 (in the print edition and online version) of a full Apology to Al-Khair Foundation, as follows:

In “Charities accused of helping smuggle migrants to Greece” (World, 10 December 2020), we reported allegations made by the Greek authorities that Al-Khair Foundation, a charity based in England, had colluded with human traffickers who were assisting Somali migrants trying to reach Europe, including in one incident which led to the deaths of a number of Somalis in the Mediterranean. We accept that these allegations were and are untrue and we apologise to the Al-Khair Foundation and its Trustees. We have agreed to pay damages and legal costs to Al-Khair and its founding trustee, Imam Qasim.

■ The reading of a Statement in Open Court (SIOC) on 29 April 2021 admitting their error.
■ Very substantial damages of £100,000 to be paid Al-Khair Foundation – these were discounted by 50% because of the very prompt “offer of amends” by The Times.
■ Payment of Al-Khair Foundation’s legal costs in this litigation.

The MailOnline agreed to the following,

■ Publication on Tues 06 July 2021 of a full Apology to Al-Khair Foundation, as follows:

An article on 10 December 2020 reported claims in The Times that the UK-based charity Al-Khair Foundation had been accused by the Greek authorities of funding human trafficking gangs smuggling Somali migrants into Europe via Greece. We have since been informed and accept that the allegations were untrue, as the Times have done, and apologise to the Al-Khair Foundation and its founding trustee, Imam Qasim.

This represents a resounding victory for Al-Khair Foundation, and also for the sector, whereby major newspapers have been challenged and held to account and capitulated.

Alhamdulillah, the speed at which this result was achieved is unrivalled in the sector and to date very few Muslim charities have ever managed to gain such a large amount of compensation.

First and foremost, we thank Allah swt, who is the all knowing, all seeing and the best of protectors. Special thanks all our donors and supporters for their continued support and prayers.