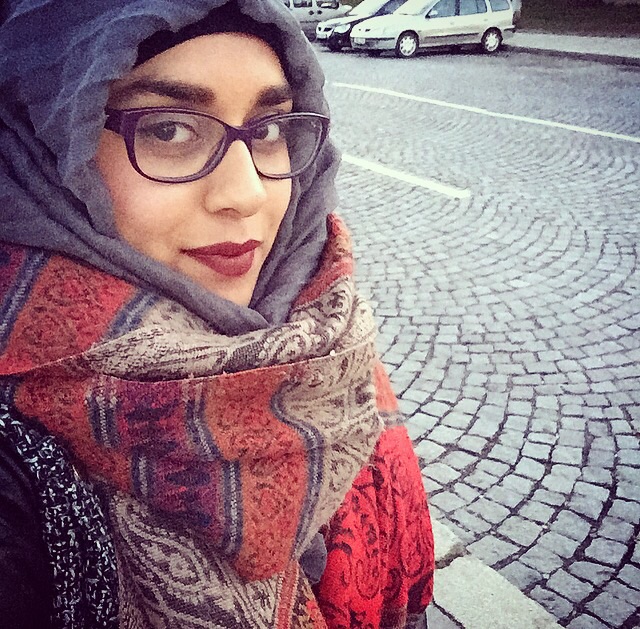 My name is Sumaiya Choudhury and I am 24 years old. I am currently interning with Al Khair Foundation PR and communications team. With my degree in English Language and Literature, this is an amazing opportunity to enhance my current skills and experience and to learn new ones. My journey first began when I showed a keen interest in Islamic jurisprudence, history and heritage. I became skilled in Quranic Arabic and grammar. I learned to read, write and translate Arabic scripture into Urdu and vice versa. Part of this learning curve included preaching. I also worked as part of a dedicated team to organise events and presentations for the local community. I liaised with local businesses to promote our establishment and had them sponsor our cause and contribute material. Fundraising was also another key element for our non-government funded institute.

I have been privately educated from primary school to college. After completing 3 years out of the 6 on this course, I decided practical skills were more my forte and I did not wish to be constrained within the walls of education any more than I had to after thirteen years within the Islamic establishment. I came out with two bits of advice from my parents: always show good character and never compromise your prayers. In 2010 it was then I came across the Open University. It was part time with minimum contact.

I started volunteering a couple of days a week at a local private school/college assisting in the GCSE English classes. Soon I was asked to start covering for teachers on Saturdays, where they held tuition sessions for external students. Before I knew it I was given my own small primary groups to take weekly; I had gotten my first job.

Euphoric at my new responsibilities I took my role very seriously. However small the instruction, I followed it to the letter and did not wait for the other (experienced and qualified) tutors to lead the way. As my studies progressed so did my tuition groups and my slots were filled with more GCSE students and one-to-one sessions.

As the anecdote of the two busses coming along at once goes, after weeks of no responses for job applications I got called for two interviews for two different posts, on the same day, at the same time and in the same area. The only difference was that one was a full time teaching assistant at a secondary school and the other was as a part-time Early Years Educator in a prestigious private pre-school. Trying to re-schedule was another hand of fate. The times and days given as alternatives were the same again. Having already experienced the private sector but not worked with such young children I opted for attending the pre-school interview.

Keeping in mind my parents advice I told the school I would need time out for my prayers. As my hours were short I was told I was not entitled to a break. I pressed that they could take it out my wages but I was not going to negotiate my prayer. After the interview I walked out with a second date to come back and do an activity with the children where I would be observed and given feedback. I walked out of that second interview with a full time contract. They wanted me to start on Monday.

As I was now working in an area where my colleagues’ only information on Muslims was via the media, I had to prove a good role model. My ever wise dad said I should win them over with my actions, not through verbal reasoning. It took a while for them to open up to me and ask more questions other than on the usual controversial issues and pretty soon they were the ones reminding me when Salah time was!

In 2012 the Open University modules were requiring more attention than a few hours on the weekend and I had to make the difficult decision to leave the place that had become almost like home. The relationship I had built with staff and parents was an experience and privilege. But just as fate would have it, I was back in contact with my first Boss; there was an Office Management position, she wanted someone trustworthy: it was mine if I wanted it.

The list of duties on paper was a never ending cascade of bullet points, and was anything but exhaustive. From invoices, databases, enrolment and holding interviews to exam officer duties. I was patiently trained by the best Boss I could ask for.

Being an OU student, time management was key. There was no social element to it and only a visit to your regional tutor once a month, with all other communication taking place over email. I had to have my own motivation and be a good example to my sisters. I wanted to make them feel involved, however small the project. That is when we started making annual Eid gift bags for all the children at the local hospitals children’s ward.

Now in the summer of 2015 I am at Al-Khair Foundation’s London branch, interning for the second largest Muslim charity in the UK. Joining this Ramadhan meant I got to be part of one of the biggest campaigns of the year; the #ICareAboutRohingya. It involved editing newspaper articles, posters, and scripts, dealing with confidential documents, participating in meetings, taking minutes, sharing creative ideas and most importantly working alongside a confident and positive team leader. But this was only the beginning. From meeting Imam Qasim to interviewing YouTube sensation Adam Saleh, I got to see the behind the scenes of IQRA TV, meet the fundraising team and work alongside a talented graphics department in helping to produce a unique documentary that is to be aired exclusively on IQRA. Everyone, no matter in what department, worked as a team representing Al-Khair’s slogan of ‘Balance without compromise’ throughout.

To be part of such a reputable NGO and working amongst the inspirational individuals who are the first to call Labbayk (present) when that call of need is made, makes gratitude to be here too small a term to express. I hope to continue my efforts here and eventually work full time within the NGO sector to help make some kind of positive contribution to those of the world who struggle to get through the everyday life that we take for granted.