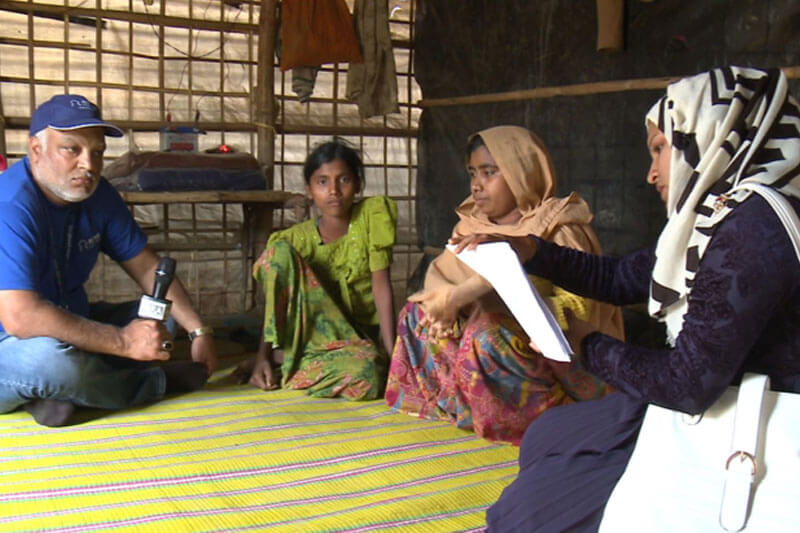 Nearly 700,000 refugees have sought safety in Bangladesh since August 25, 2017, having fled violence and persecution in Myanmar. The death tolls and injuries happened by the Myanmar Army, left the Rohingya people in distressed, abandoned and least capacity to leading life. The speed and scale of influx was escalating humanitarian crisis, adding pressure to its existing services in refugee camps and makeshift settlements in Cox’s Bazar. At that emergency situation, Al-Khair Foundation started the shelter program, building 2,000 units of shelters in collaboration with SHED on emergency basis which provided accommodation for around 12,000 Rohingya people.

Sanoara, a 13-year-old girl, had been living happily with her parents in Gopi village, located within Budichang district, Myanmar. Her life changed on the day of holy Eid-ul Adha. While Sanoara was playing at home with other kids from her neighbourhood, her mother went to bring water from nearby well, while her father was working in the field. Suddenly, she heard gunshots from everywhere. The Myanmar army started firing on the villagers and was setting houses on fire. Hearing gunshots, the horrified villagers started fleeing to save their lives. Sanoara had no option but to escape with her neighbours, as she couldn’t find her parents. While escaping the crackdown with her neighbours, Sanoara had to witness the traumatic sight of finding her parents’ dead bodies. She couldn’t do anything except leave her parents dead bodies behind and flee with her community. An estimated 5,000 villagers from that village fled the army’s persecution. They had to walk for 10 days through the jungle and over mountains to cross the border into Bangladesh. Sanoara, along with her neighbours, took refuge in Jamtoli camp, where they spent 15 days. They were then relocated to Kutupanlong camp. The people who were once Sanoara’s neighbours had now become her only family. Initially, they were struggling as there was crisis for shelters in Kutupalong camp. Moreover, the monsoon made the situation worse. However, with the assistance of AKF’s volunteers they found a safe shelter to sleep under. Sanoara has experienced severe trauma ad though her family managed to find a shelter for their, they continue to live in extremely difficult conditions.