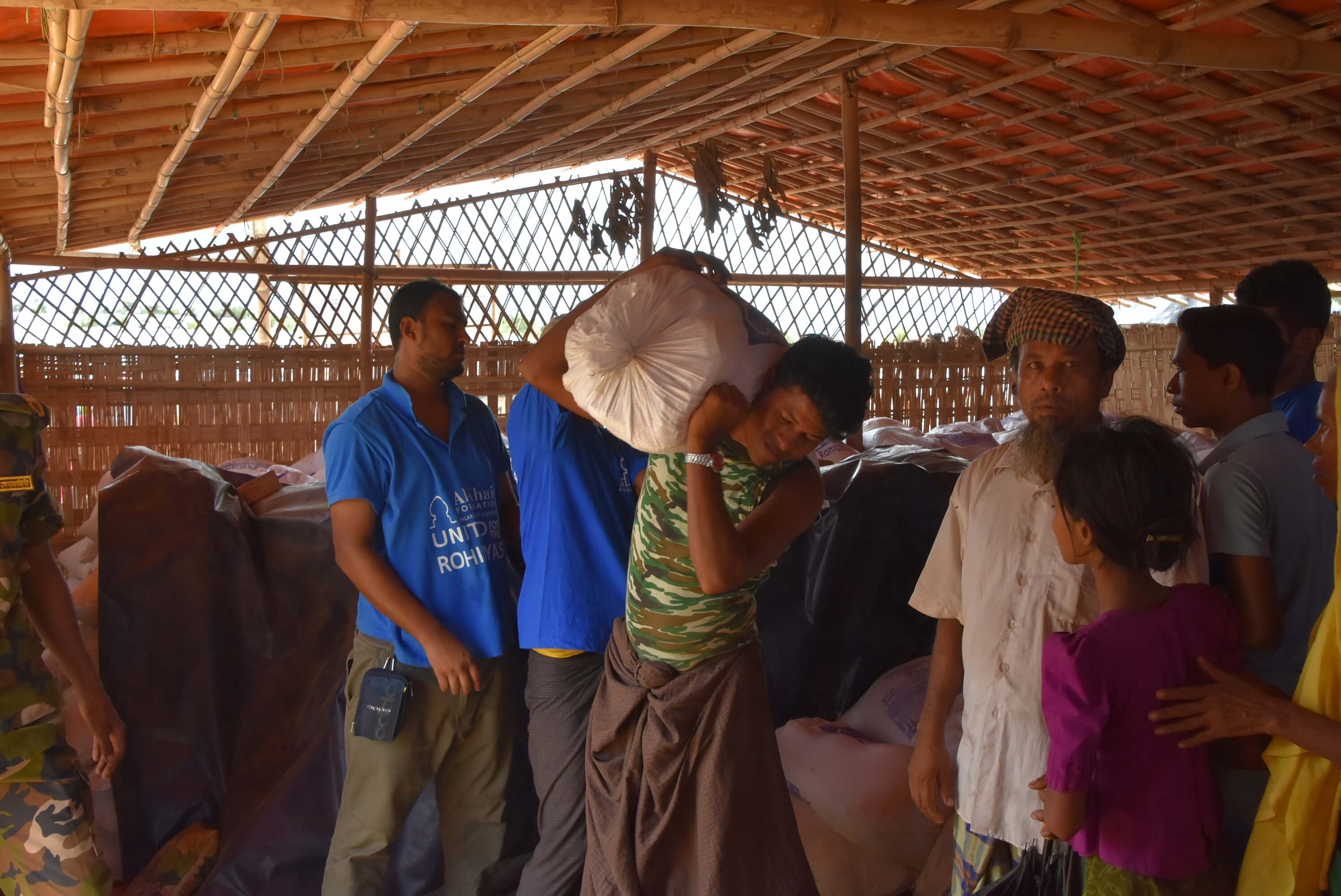 Sokhina, in her late 60s, came to Bangladesh in the late August 2017. She used to live with her family in Pordorprang village, in Buchidong. Their house was destroyed without warning during Myanmar’s ethnic cleansing. She lost almost everything she had; 9 members of her family died whilst all of their properties were destroyed. Sokina Khatun witnessed the traumatising death of her husband, sons and a grandson – who were tortured and killed right in front of her. Her and 4 other family members survived and fled to Bangladesh. Along with her daughter, 2 of her sons and some family, she entered Bangladesh after enduring 6 long days and nights of hardship. After their arrival in Cox’s Bazar they were tired, starved and took shelter in a school in Kutupalong, near in the hilly areas of Ukhiya, where there is a shortage of food and water. AKF enlisted their names in their beneficiary list and provided food and water. They acquired tarpaulin from AKF for their emergency shelter. In this situation, the primary support they got from AKF made them feel secured here.
In total, this project served 5,000 people on their arrival to Bangladesh. AKF provided food packs, cooked meals and emergency water supplies. We distributed 300 monthly food packs, 300 packs of dry food, 100 pieces of tarpaulin for shelter, 200 packs of child food, 300 packs of biscuits and water bottles, 3000 cooked meals to feed the people and 8000 litres of water daily (for a whole week) through 4 mobile water tanks.