Al-Khair Foundation in partnership with Muslim Hands deployed a fact findings mission to conduct rapid needs assessment, the team is visiting Poland and Romania and will identify the current needs, along with engaging with local organisations on the ground, who are coordinating/ responding to the needs. Currently, UNHCR in support with local government and European Commission Humanitarian Aid Office (ECHO) are meeting the needs of all refugees. They are providing shelter, hygiene kit, food and blankets.

As you are aware on 24 February 2022, Russia launched a large-scale military invasion of Ukraine. Over 900,000 civilians have fled Ukraine, according to the UN. The European Union (EU) estimates that up to 4.0 Million people may try to leave the country because of the Russian invasion. The EU has relaxed its rules on refugees and says its member states will welcome the refugees with "open arms". Refugees are crossing the borders to neighbouring countries to the west, such as Poland, Romania, Slovakia, Hungary and Moldova.
As per reported BBC website, the UN says that so far: Poland has taken in 505,582 refugees; Hungary 139,686; Moldova 97,827; Slovakia 72,200; Romania 51,261; Russia 47,800; Belarus 357. Almost 90,000 people have moved on from these countries to others in Europe.

What AKF is doing?
At Ukraine’s borders with Poland, Romania, Hungary, Slovakia and Moldova, huge numbers of people are arriving with only what they can carry. In many places there are long waits to cross and scant facilities waiting for them on the other side, with temperatures dropping below freezing overnight. 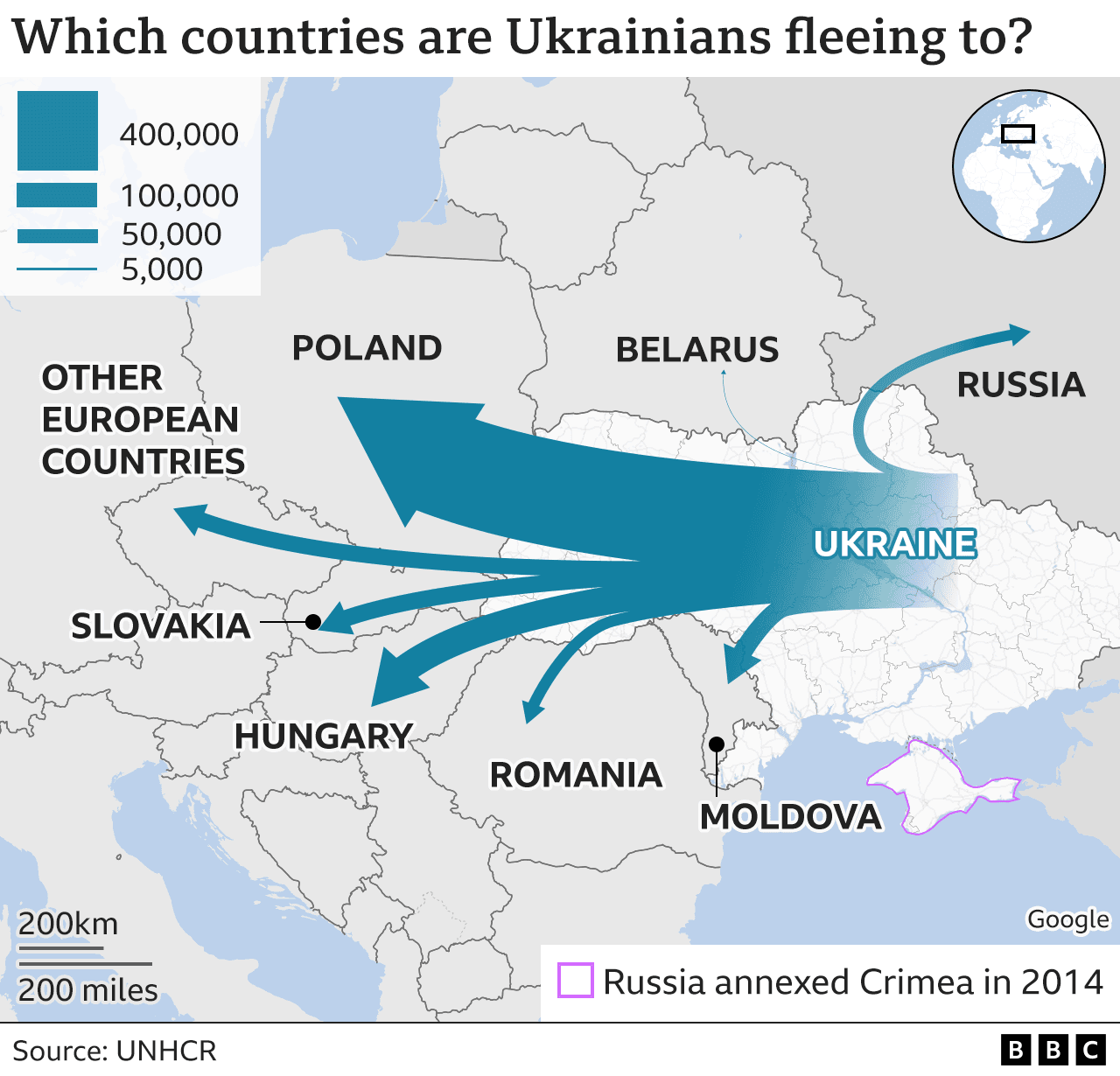