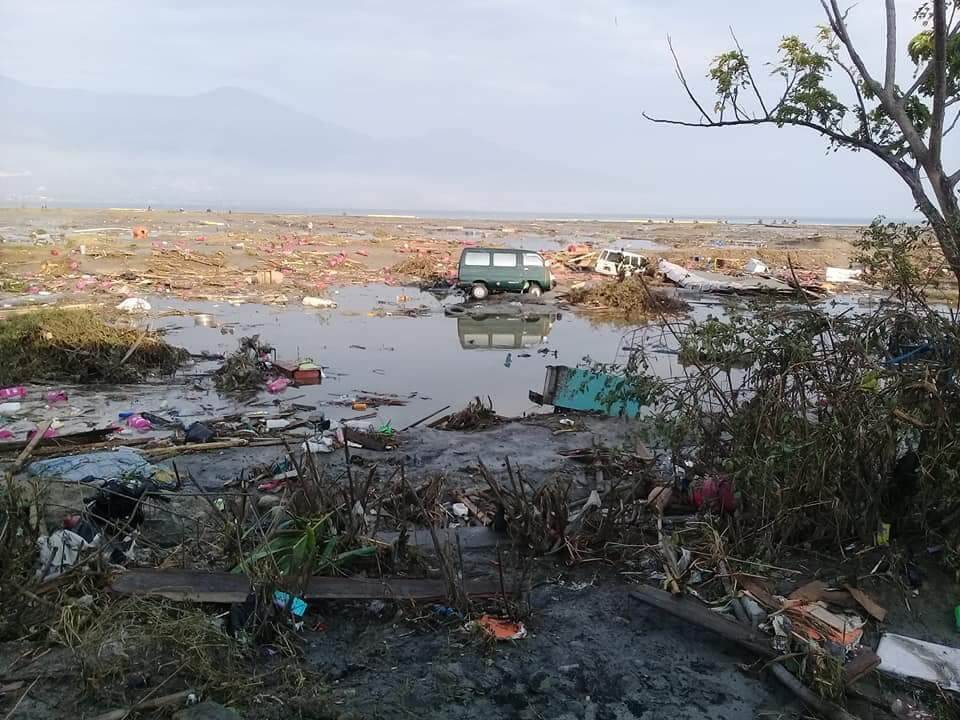 Al-Khair Foundation has set up an emergency appeal for victims of the devastating earthquake and tsunami in Indonesia. Over 380 people have been confirmed dead with numbers expected to rise. At least 540 have been injured and thousands are feared missing.

Al-Khair is on the ground responding to the devastating aftermath from waves up to 3m sweeping through Palu on Sulawesi Island. Al-Khair is providing survivors with vital emergency aid including food, water, medical supplies and temporary shelter.

The devastating tsunami was triggered by a 7.5 magnitude earthquake which hit the Indonesian city on Friday.

Strong aftershocks rocked the city on Saturday. Thousands of homes have collapsed, along with hospitals, hotels and a shopping centre. The main road to Palu has been blocked due to a landslide, and a key bridge is out of action.

“Many bodies were found along the shoreline because of the tsunami, but the numbers are still unknown,” Sutopo Purwo Nugroho, a spokesman for the Indonesian National Board for Disaster Management, told Reuters.

“When the threat arose yesterday, people were still doing their activities on the beach and did not immediately run and they became victims,” he told a news briefing.

“The tsunami didn’t come by itself – it dragged cars, logs, houses – it hit everything on land.”

Al-Khair Foundation’s emergency appeal asks for donations of £50 towards food and water, £75 towards medical supplies and hygiene kits and £100 towards temporary shelter. To donate today, please visit www.alkhair.org or 03000 999 786